Lecture by Jessica Zychowicz  “Against Form: Composition, Medium, and Sexual Violence in the Works of Bruno Schulz and Nikita Kadan” took place in the Museum of Odesa Modern Art on 16 November. The event took place in the scope of accompanying public programme to Nikita Kadan’s exhibition (un)named.

The lecturer focused on analyzing the ways in which narratives of victim/hero, voyeurism, and shortage of goods/markets, and/or silence are changing the interpretation of gender violence, especially during the pogroms. Nikita Kadan’s works in the exhibition “(un)named” encourage viewers to rethink this silence.

The lecturer developed these images of Kadan and linked the conversation about them with the internal and external aspects of Bruno Schultz’s life and creativity, with his drawings and texts on phenomenology, as well as with debates surrounding Shultz as an artist at the intersection of several national narratives. At the same time, the context of Galicia, where the concept of “masochism” appeared for the first time, was considered as an example of the “banality of evil” in the center of the economy of emotions, which continues to induce sexual violence everywhere: through transformation into an “invisible” hierarchy of power, official rhetoric of the state, and other mechanisms of discipline and control over the human body.

Jessica Zychowicz – anthropologist, critic and translator. Investigates the issue of gender, historical trauma, human rights and corporeality in transnational contexts. Author of the book “Frame Work: Art, Activism, and Feminism in Ukraine 2004-2014” (published by the University of Toronto Publishers). She is also the founder of the non-profit educational initiative smART (smartkiev.com), contributor to Atlantika Collective (atlantika-collective.com). Works at the University of Alberta in Canada. 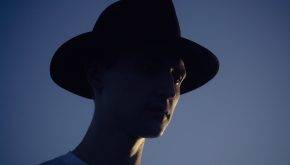